My Father loved municipal bonds.  The coupons were high (certainly higher than the average coupon rates of today) and supply was ample. And he loved the story behind the bond. 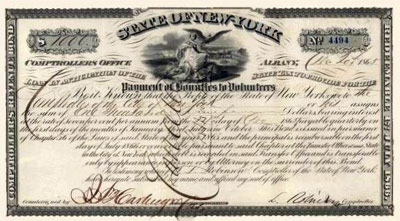 As a quick primer, “muni bonds,” otherwise known as municipal bonds, are debt obligations issued to fund capital expenditures by municipalities, states, counties and other government and public service-related entities like hospitals and schools. The tax treatment of the interest paid is typically Federally tax-free to the investor and often state tax free in the state where the bond was issued. Investors who buy the bonds are promised to receive tax free interest periodically and then repayment of principal upon maturity.

According to one source (neighborly.com) the first muni bond issued in the U.S. was in 1812 by New York City to build a canal. Today, bonds are still issued on a large scale by states and various “authorities” like the NJ Turnpike Authority and municipal water and sewer authorities. More on the history and reliability of municipal bonds in another edition.

The differences today versus my father’s time are several:

One similarity from my father’s time is that historically default rates have been low. It has always helped for the investor to have an experienced credit analyst research and then publish information regarding the stability of the issuer. It needs to be emphasized that municipal bonds do carry risk: there is no guarantee, except from that of the issuer (and occasionally that of a bond insurer), of payment of interest and principal.

One of the often missed but nevertheless “hot button issues” of the tax-free nature of municipal bonds is that muni bond interest does factor into the calculation for taxation on Social Security benefits that the investor may be receiving. This item has existed for decades but with more and more taxes creeping into income on the wealthy, an investor needs to be made aware of this potential “tax trap”.

So much more can be said about municipal bonds. But in recalling my father’s love – and lots of investors’ love – for municipal bonds is the story behind the bond. What was built as a result of the municipal bond? A school? An airport? A city’s sewer system? What is the bond rated? (AAA is the best.) How has the price of the bond fluctuated amidst interest rate swings? Exciting stuff!

Happy Father’s Day to all of the fathers out there. And for the fathers who are no longer with us, hopefully they are smiling as we keep their memories alive!